Château de Cantaussels is inspired by Parisian architecture under the reign of Louis XIV. It is known as a ‘Château pinardier’, meaning that it was built in the 19th century around a winery on the Béziers plains. The name ‘Cantaussels’ is the Languedoc version of ‘Chante Oiseaux’ or singing birds. 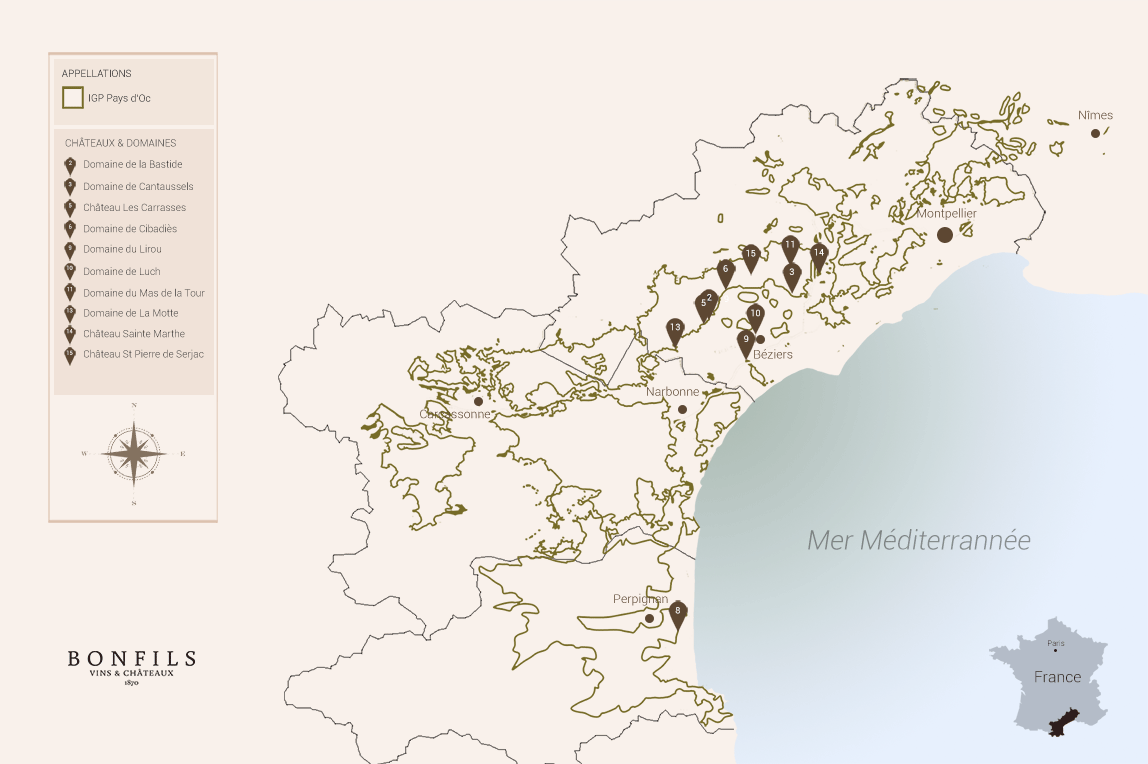 Grown between the Mediterranean and the mountains, IGP Pays d’Oc varietal wines cover an extensive sun-kissed area from the Camargue to the Vermillion Coast, in the heart of France’s largest wine region which is also renowned for its appellation wines.

Pays d’Oc is such an extensive wine region that it is naturally home to an extraordinary range of soil types, that can vary from sandy terrain along the coast to limestone, schist, clay or stony gravel on the valley floors and hillsides.